The Bradfield In Bloom group is run by volunteers and we undertake projects throughout Bradfield, some major projects as well as general tidying.  To raise funds for the plants etc. we run the cafe at Bradfield Farmers Market so please come along and have a drink and something to eat as all the profits go to the group.

In 2010 the major project was the new footbridge, the old one was washed away in the 2007 flood. The new bridge is made from a fallen Oak Tree from Bowden Hill and stood where the mass trespassers met in 1932. The walkers must have walked passed our tree. The Bridge was constructed by Robin Wood from Edale who only uses traditional wood working methods. The bridge is now complete and the stone boundary wall fixed, but the project is not yet complete as we are rebuilding the retaining wall on the river bank which will happen in the next few months. We would like to thank Comma, The Peak Park Sustainable Grant Fund for their support as this would not have been achieved without them.

Our previous major project was the stone boundary markers which are situated on all the roads leading into Bradfield.  Each stone represents something about Bradfield (The one on New Road depicts the Great Sheffield Flood) so do go and have a look at those, some are now used as landmarks for walks etc in the area, the Cross that is on Kirk Edge Road was use for Tour de France.

Bradfield Gains Silver Gilt “Bloom” Award
Bradfield won a Silver Award in the Small Villages category of “Yorkshire in Bloom” in 2007, 2008, 2009 and 2010. In 2011 they won a Silver Gilt Rose Award with Silver Gilt for Spring and Gold for Summer – what an achievement!

We no longer compete in the Yorkshire in Bloom competition as we have declined in numbers over the years, but we still do all the planting in High & Low Bradfield, the 2017 display has been really spectacular.

Yorkshire in Bloom is the voluntary regional organisation that administers the Britain in Bloom competition in North, South, East and West Yorkshire, North and North-East Lincolnshire.

Below are some pictures from over the years, hope you enjoy them! 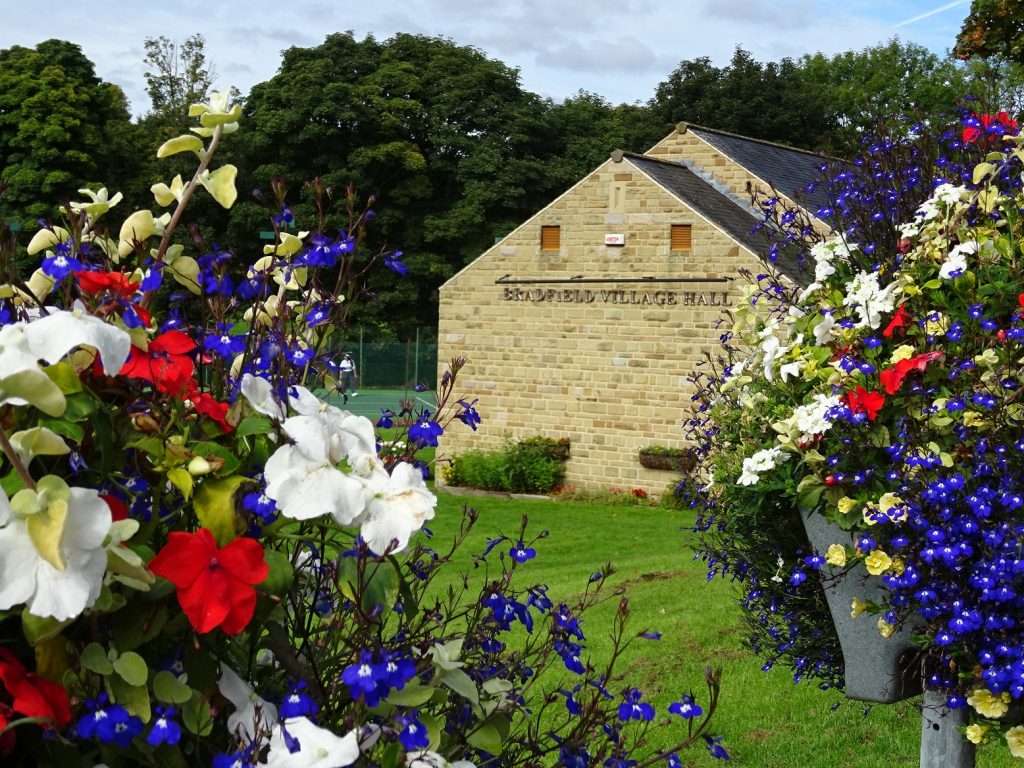